My steampunk novel, The Dirigible King’s Daughter will be published tomorrow and today it’s being review by Barb Taub on her fabulous blog. 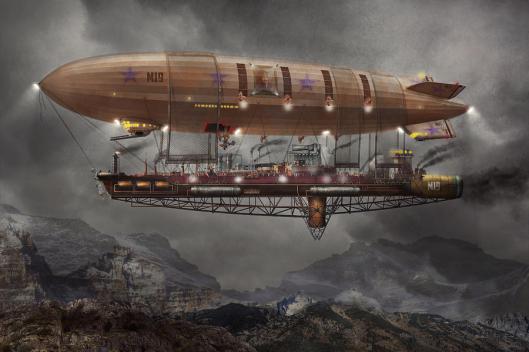 The first and most basic thing any artist asks of their audience is the willing suspension of disbelief as they approach the artist’s version of reality. In theaters, audiences watch a boy teach three children how to fly to Neverland. Movies feature animated rodents who sing, do housework, and sew wedding dresses without ever pooping on anything. Readers follow the adventures of a boy wizard, all the while wondering what’s become of their own letter from Hogwarts. Fans of the Chicago Cubs and the Norwich Canaries buy seasons tickets, sure that this will be “their” year. American voters actually cast ballots for Donald Trump. [It’s possible that last one represents not so much a willing suspension…