In the Northern hemisphere the summer solstice occurs on Thursday 21st June  this year when the sun will be at its furthest point north in its annual cycle around the Earth. In the UK, that will actually be at 11:07. It’s the time of the longest day and the shortest night but it’s also one of the great turning points of the year as after the solstice the sun’s power begins to wane.

The summer solstice is also known as Litha or Midsummer and is ideally celebrated outdoors to enjoy the glorious energy of the sun. Midsummer is a time of abundance when everything is growing and flourishing. I always find that I feel more positive at this time of the year with the long evenings and the warmth of the sun on my skin.  It feels like anything is possible (although not necessarily being up at 4.35am which is when the sun will rise in Yorkshire as that’s very, very early!)

Traditionally, bonfires were lit on beacon hills on Midsummer Eve to strengthen the power of the sun before it began its decline. These fires were also intended to purify the local area of evil spirits and disease. Another tradition was to set a wheel on fire and roll it down a hill and into a lake or river at the bottom. The wheel symbolised the sun’s journey around the earth as well as the cycle of the seasons. In Wales, it was believed that if the wheel went out before it hit the water, there’d be a good harvest. Folklore also talks of the belief of spreading the ashes from the midsummer fire on crops to ensure a good harvest.

Midsummer was believed to be a time of great magic when it was thought evil spirits would appear. Shakespeare links magic and midsummer in three of his plays: Midsummer Night’s Dream (of course!), Macbeth and The Tempest.  It was believed that wearing garlands of flowers would keep evil spirits away (in case those seriously large bonfires didn’t do the trick!)  One of the most potent plants to use in these garlands was St John’s Wort (which is also associated with St John’s Day, the Christian celebration that occurred on Midsummer). If you gather St John’s Wort at Midsummer and wear it, it will cure melancholy.  It’s also said to have the power to attract love if picked at midnight on the eve of the solstice. 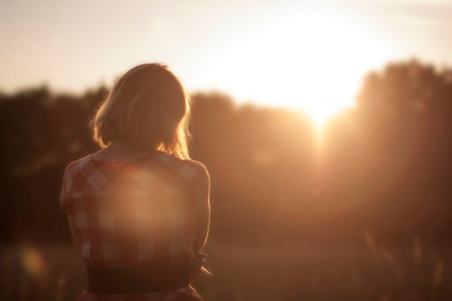 If you’re celebrating the summer solstice then also take time to celebrate your achievements as well. This is the time of the year to mark what we’ve achieved and who we are as well as celebrating the light. The summer solstice is a good time for new beginnings and to let go of things which aren’t working.  Some magical traditions believe in writing down what you want to let go and dropping it into moving water at Litha. In Ireland it was traditional to tell your wishes to a pebble and then after you’ve walked three times around the midsummer fire to throw it into the flames.

However you’re planning to celebrate the solstice, I hope it’s a magical time of growth and harmony for you. And maybe, all that the midsummer magic will weave a spell to get me up to see the dawn after all!

Things I write about