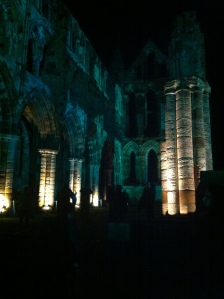 In the days around Halloween, English Heritage transformed Whitby Abbey with light and stories.  The ruins were bathed in coloured lights. Turning the west end a glorious shade of purple, drenching arches in ghostly green and lighting the pillars blood red. 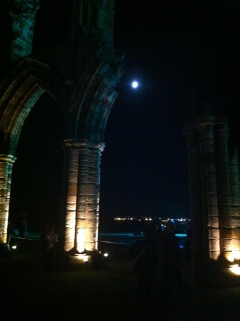 In the darkness we gathered to hear stories. Burke and Hare told us tales of grave robbing and dissection.  Calling themselves ‘Resurrectionists’ they took bodies from churchyards and sold them to a surgeon who used them in his anatomy classes.  They demonstrated not only how to get a corpse from a grave without anyone realising but how to kill someone without leaving a mark on their body.  Apparently the secret is to get the victim blind drunk and then chloroform them (definitely not one to try at home!)  Although I knew their names, I hadn’t been aware that they lived in Edinburgh, the enormous amounts of money that they earned from body snatching or that they eventually turned to murder in order to get fresher corpses. 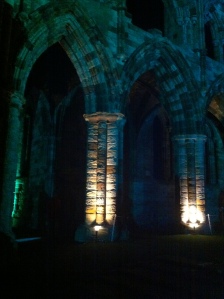 At the opposite end of the abbey, was Catherine Eddowes the fourth victim of Jack the Ripper.  She warned us that her talk wasn’t for the faint hearted and she was right.  She told us about living in Whitechapel in 1888 and how she’d been arrested for drunkenness that evening.  She thought that as the Ripper had struck once that night she’d be safe as she walked home.  She was wrong.  She explained in explicit detail what happened to the other victims.  I had to look up when I got home how she died and it made a shiver run down my spine.

Of course, I know that they were talented actors telling these stories.  But when you’re listening to the tales in the dark with a bitter wind whistling around the ruins and half the audience dressed in period costume (it was Goth Weekend in Whitby) it was impossible not to get caught up in the moment and feel like I’d, just for a few minutes, wandered into another time. 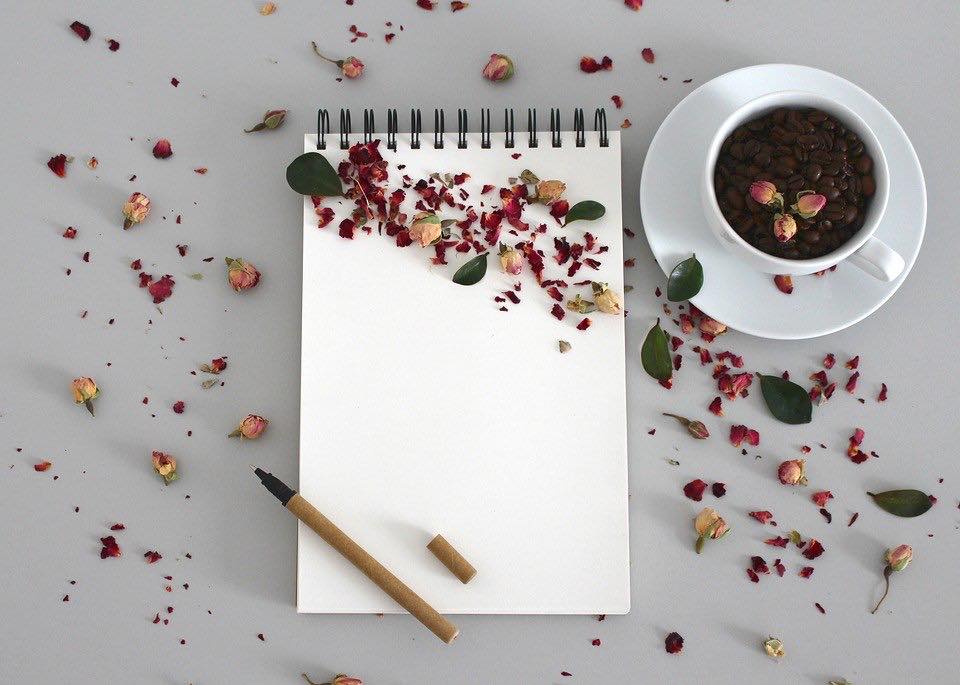